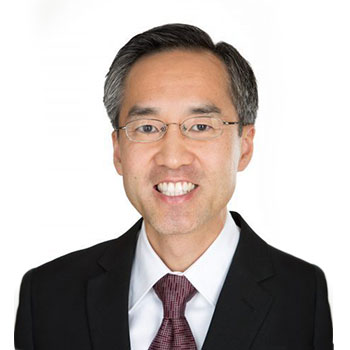 Dr. Roger Lim enjoys giving you, our VIP, a beautiful and healthy smile. He is proud to be an orthodontist. It brings him joy to see a person’s smile develop into a work of art.

Dr. Lim is a native of Los Angeles and has been practicing dentistry for more than 20 years. He attended USC for his bachelor’s degree, Doctorate of Dental Surgery (he graduated first in his class), master’s degree in craniofacial biology, and specialty degree in orthodontics. He received more than ten merit-based scholarships and was chosen to provide sportsguards for USC athletes.

To continue his education, Dr. Lim became involved with Invisalign® study groups, both as an attendee and presenter of Invisalign cases, as well as American Association of Orthodontics continuing education courses. He is also a teaching assistant at the University of Southern California School of Dentistry.

Dr. Lim has been trained in the newest technologies, and is equipped to deliver state-of-the-art orthodontic care. He is very excited to provide the newest technologies, including digital impressions using the newest Invisalign iTero® Element™ 3D scanner. In fact, he has two iTero Element scanners to make the process more comfortable and efficient for his patients. He also uses 3D-printed appliances daily to make patient care more accurate and precise.

Dr. Roger Lim is married to Dr. Michelle To. Their teenage son is Brandon. Their activities revolve around their son Brandon’s activities, including soccer, skiing, and traveling. Their favorite place to ski is at Whistler Blackcomb in Canada.

Dr. Lim enjoys traveling around the world to experience other cultures and foods. When in Rome, live as the Romans do! He has traveled to Europe (Italy, Germany, Spain, Croatia, Greece, England, France, Holland, Belgium, Austria, and other countries). In Asia, he has been to China, Singapore, and Indonesia.

Dr. Lim is actively involved in sponsoring and donating to local schools, little leagues, softball leagues, cheerleading teams, silent auctions, churches, and community events. Along with his team, he has collected more than four TONS of candy from the local community for the troops abroad. Previously, Dr. Lim volunteered free dental care for underprivileged children in California and Mexico with the USC Mobile Dental Clinic.